The NFL has been around since the early 20th century and the defensive game has not only improved but has become much more complex. Coaches such as Bill Belichick, Wade Phillips, Vance Joseph, and Todd Wash use multiple defenses and looks to beat offenses and force turnovers. This article will break down six basic NFL defensive coverages and how teams use these coverages, in a two-part series. 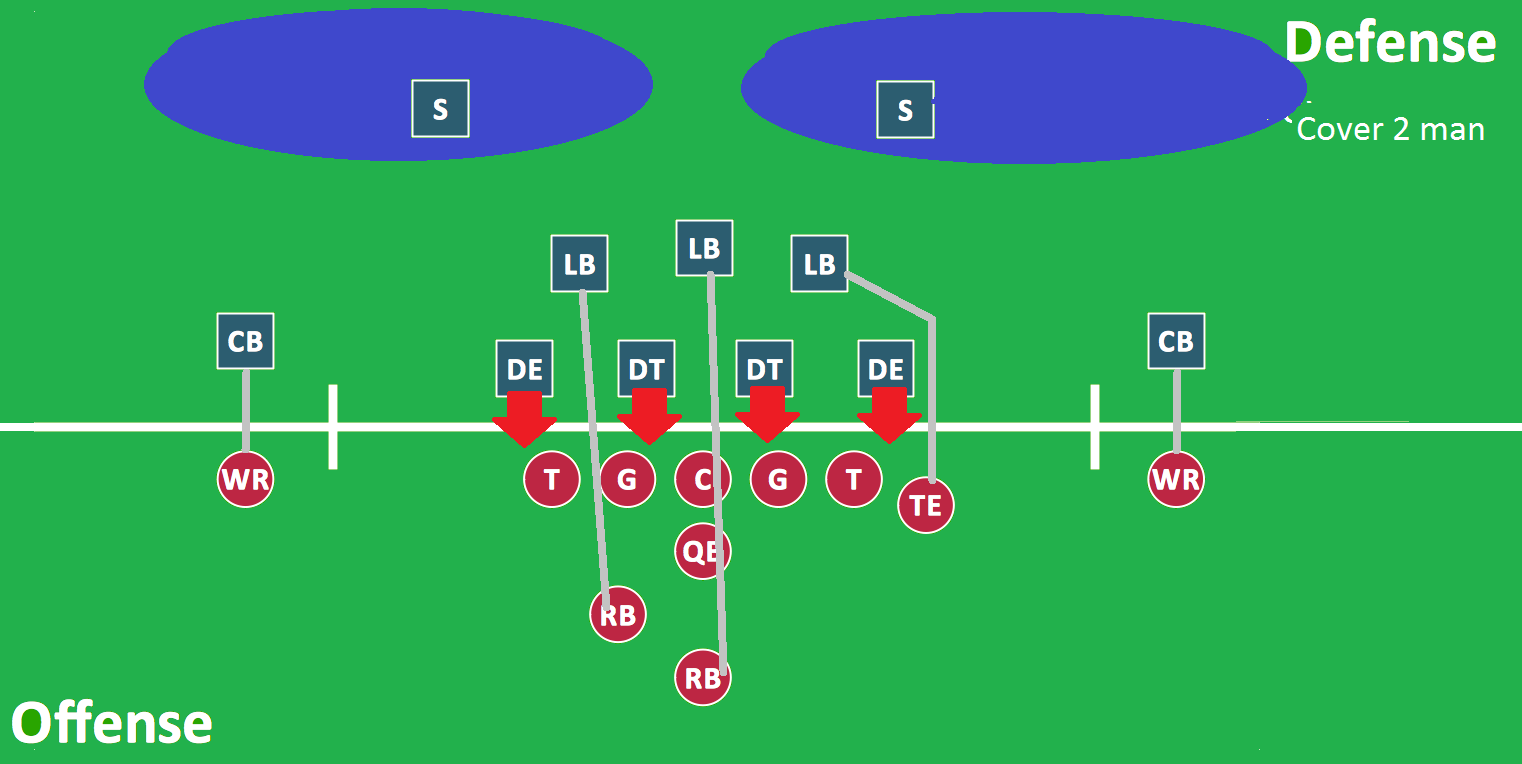 We begin this article with one of the lesser used defenses in the league due to increasing calls in favor of the offensive game. Man-to-man calls for the secondary and linebackers to match up with an eligible offensive receiver. This coverage is used mostly by teams with the proper personal such as the Jacksonville Jaguars, the Denver Broncos, the Arizona Cardinals, and the New York Giants. Two types of man coverage are press coverage and loose coverage. Press coverage allows for the defender in coverage to bump the receiver at the line and disrupt the route from the very beginning. Loose coverage allows the defender to play a few yards back in order to cover faster receivers or be able to bait the QB and have a quicker push to close in on the receiver. 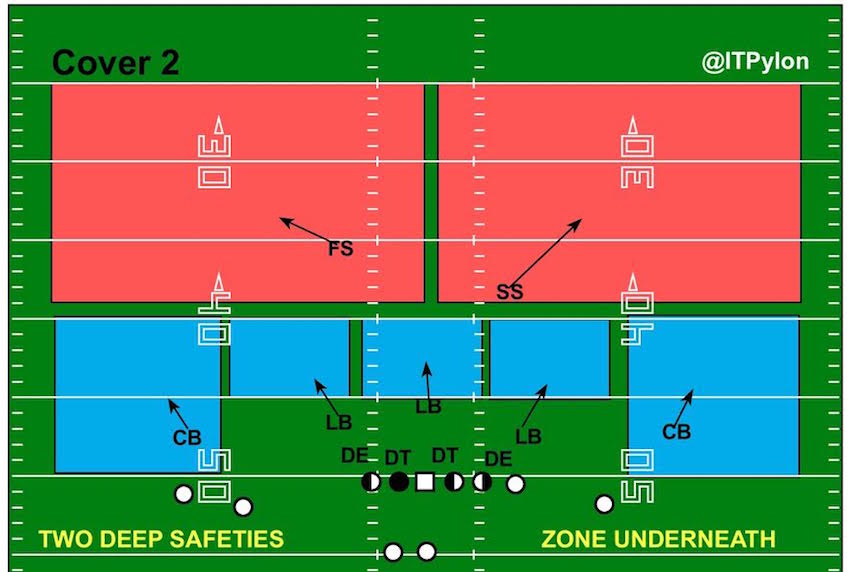 Cover 2 zone is traditionally used to keep teams between the sideline and the hashes and force them deep. This coverage is used when defenses want to send a bull rush from the front-4. By having two deep safeties and keeping two corners within the hashes and the sideline teams are forced to either attack the linebackers or attempt to hit the middle of the field. Teams such as the Philadelphia Eagles and Pittsburgh Steelers use this coverage in most situations. Teams with more athletic linebackers are more likely to use the coverage. 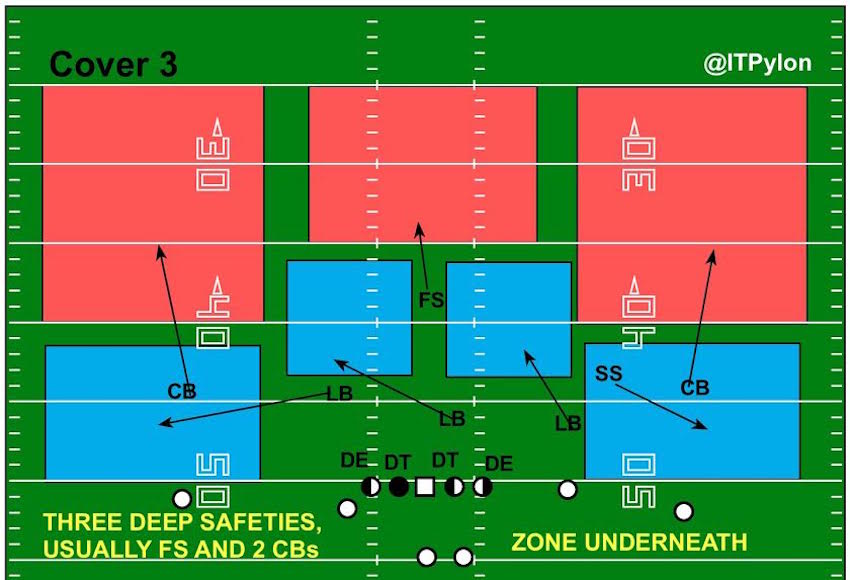 In a cover 3 zone, a team will have three secondary players deep in an attempt to force the ball short. In the diagram, the free safety (FS) and both cornerbacks (CB), are sent deep as the strong safety (SS) and the three linebackers (LB) are sent into underneath coverage. This defense will be used in an attempt to keep the ball short and not allow deep throws. In a pass-happy league, a multitude of defenses are vying towards this defensive coverage.

Part One of a two-part series. Part two to come out soon.