With all these recent trades, waives, and signings, many players talk about staying loyal to their team, city, and most importantly the fans. Unfortunately, the NBA does not function off loyalty. If a team, coach, or owner can find a better situation for their standpoint in the league they will do it. To put it plain and simple: There is no loyalty in the NBA, just mutually beneficial relationships.

I got loyalty inside my DNA 🦌

Giannis Antetokounpo hints his pledge of “loyalty” to the Milwaukee Bucks.

Avery Bradley, truly one of the most solid and professional acting players in the league right now, was on the Boston Celtics and was then traded to the Detroit Pistons. Players around the league respected how he played his heart out and never complained. If NBA teams need to gain any sort of benefit whether through a waive, trade, or free agency sign, these owners will drop any player in a heartbeat. 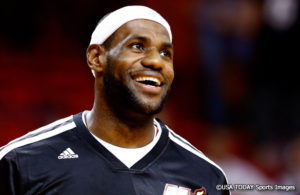 Now, I could cite dozens of examples of random players around the league who pledge loyalty to a certain team, but I think the point is clear. These owners could care less about who has been a benefit to the team or who has been providing solid numbers. If NBA owners could find a better option, they would jump right on it.

Dwyane Wade criticizing loyalty back in 2012.