The 2016-2017 NFL Season was a historic season for the Atlanta Falcons. Playing their last season in the Georgia Dome, the Falcons were led by, MVP candidate and former #3 overall pick, superstar quarterback Matt Ryan. With this in mind, the Falcons shocked the league with an astounding 11-5 record, a #2 seed in the playoffs, and a bye week in the playoffs. After closing the season with a 5-1 record after their bye week, the Falcons rode a hot Matt Ryan, a talented offense, and relentless defense in order to reach Super Bowl 51. 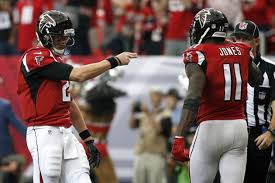 At first, QB Matt Ryan and Offensive Coordinator Kyle Shanahan struggled to make the talented offense of the Falcons, the Falcons improved by picking up key pieces in free agency. Instead of going for a flashy signing of a huge defensive free agent, the Falcons approached the offseason with a “fill our holes” mentality;  By signing free agent wideouts Mohamed Sanu and Taylor Gabriel, the Falcons aimed to provide Matt Ryan with weapons outside of WR Julio Jones, and Running Backs Tevin Coleman and Devonta Freeman. The Falcons then signed free agent center Alex Mack, who has been one of the top centers in pro-football since he joined the league in 2009.

The addition of @alexmack55 has transformed this Falcons O-line.

Once the season started, fans knew these moves paid off. The Atlanta Falcons posted the 8th best Scoring offense of all time (ranked #1 in 2016-2017) behind the strong arm of Matt Ryan who totaled 4944 passing yards, 38 touchdowns and 7 interceptions. The Falcons set an NFL record for most players with a receiving touchdown in a season (13). 6’4” Wide Receiver Julio Jones out of Alabama had a large part with the success of the Atlanta Falcons. However, Matt Ryan proved that the Falcons had more than All-Pro talent Julio Jones by posting wins without Jones in the lineup, or being locked down by superstar cornerbacks.

Matt Ryan dispelled talks of being a disappointing postseason quarterback after gutting both the Seattle Seahawks and  Green bay Packers in back-to-back playoff games. In what is their biggest game in franchise history, the Falcons only stand a chance to upset the Bill Belichick and the New England Patriots. However, while the Falcons were the highest scoring team in the NFL in 2017 (33.8 ppg), the Patriots allowed the fewest points in the NFL in 2017 (15.6 ppg). Meaning Matt Ryan and the Falcons offense will have to step up and play the best football of their entire lives if they hope to be etched into history as Super Bowl Champions.

While the defense was not as impressive as the offense in 2017, they played a major role in the Falcons winning the NFC and going to Houston for the Super  bowl. Vic Beasley, former first rounder out of Clemson, was named 1st Team All-Pro after posting 15.5 sacks (most in the NFL), and forcing 6 fumbles (tied for most in the NFL). Even after losing top cover cornerback Desmond Trufant, the Falcons defense kept QBs such as Russell Wilson and Aaron Rodgers in check by using relentless pass rushing. 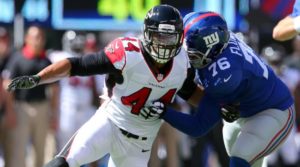 The Falcons are playing with an edge that has been forced upon by Head Coach Dan Quinn, who knows a thing or two about playing the Patriots in the Super Bowl ( Defensive coordinator of the Seattle Seahawks in the loss versus the Patriots in SuperBowl 48). Quinn was the Defensive Coordinator for the Seattle Seahawks in the historic, nail-biting Super Bowl 48. While everyone knows the offense must score to win, the defense must bring constant pressure on Tom Brady and the Pats and get the ball back to the high flying offense.

With a win on Sunday the Atlanta Falcons would cap off one of the greatest offensive season in Pro-Football history, and surely the greatest season in Atlanta Falcons history. A win would also solidify Matt Ryan’s claim as one of the truly elite QBs in the NFL right now. Atlanta has all the tools to win,but they must show up and play amazing in order to pull off the upset in Super Bowl 51 in Houston,Texas.