NFL Draft season is upon us and the Combine showed us who the studs are and who the duds are. Questions still remain such as who will the Browns select number 1? How many QBs will be selected in the first round? and What team will be a step closer to winning it all in the 2018-2019 season?

Saquon Barkley would be the best pick to complete the new looks Browns offense. While there is no lack of talent in an offense the includes QB Tyrod Taylor, RB Duke Johnson, WRs Jarvis Landry, Josh Gordon, and Corey Coleman, and TE David Njoku, the Browns could use Barkley as a dynamic centerpiece. With the ability to run in between the tackles, outside the tackles, catch the ball out of the backfield and in the slot, and even return kicks it’ll give Cleveland a potentially more athletic Le’Veon Bell.

Bringing back QB Josh Mccown is a start as he has never been shy on teaching young QBs. Josh Allen has the strongest arm in the draft, but still lacks certain skills to be a surefire NFL starter. Expect Allen to be given the keys to the Jets offense before mid-season.

Baker to Miami has been trending since he himself said it on former OU star and current Miami Dolphins WR Kenny Still’s instagram and the idea is well placed in many experts and fans heads. Mayfield would most likely spend a year or possibly two behind QB Ryan Tannehill learning the  offense before given a hold of the huddle. Mayfield, the 2017 Heisman Trophy winner, has a special pride and tenacity that is rare among such highly drafted athletes.

Jackson, the 2016 Heisman Trophy winner, did not see a drop off on his play during the 2017 season and still lead Louisville to a winning record. After trading QB Tyrod Taylor the Bills can do one of two things; 1) Draft Lamar Jackson who is a more accomplished rusher but needs work refining his passing skills, or 2) Sign a QB who is more of a pure thrower. No QB in the draft nor free agency offers the upside that Jackson presents and Buffalo will cash in on the upside.

Ozzie Newsome loves drafting from his Alma Mater Alabama and the pipeline does not end in 2018. Calvin Ridley is the best WR in the 2018 draft and it is difficult seeing him fall to #16 in the draft but here he does. Ridley would give Flacco potentially his best weapon of his career and could give the Ravens a staple at wide out for years to come.

Scouts, Coaches, GMs, and Experts are all curious what ceiling Davenport will have in the pros, but they know the potential is there.Wade Phillips knows how to use these types of athletes and will be able to get the most out of Davenport. More importantly playing with Superstar DT Aaron Donald, and All-Pro Corners Marcus Peters and Aqib Talib could teach him leadership and am All-Pro composure early in his career. 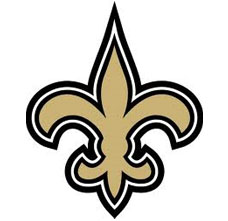 The Saints just extended QB Drew Brees for two years and have surrounded him with RBs Alvin Kamara and Mark Ingram and WR Michael Thomas, but no big time TE. Hurst is the best receiving TE in the draft and Drew Brees loves his pass catching TEs. Hurst could be the missing piece that leads to another Saints Super Bowl.

After winning the Super Bowl there aren’t many holes to fill, but LB may be one. The Eagles may lose LB Nigel Bradham and LB Brandon Graham, but Vander Esch could fill that hole. As the leader at Boise State Vander Esch led the team in tackles and could have huge production behind a steller Eagles front 7.